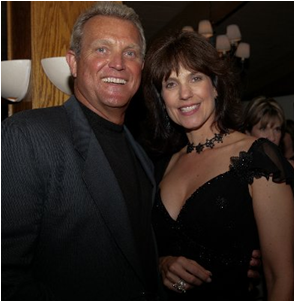 Has anyone ever made such an impassioned plea, that it has touched your heart so deeply, that has changed the total direction and trajectory of your life? Well Cynthia Kersey did for me!

It was at Mark Victor Hansen’s mega speaking event, which Cynthia took the stage and made an impassioned plea to support Habitat for Humanity. She wanted to create a “women’s build” program where 40 women would swing the hammers and drive the nails and to build 40 homes in 40 days. She said men; the only thing we need you for is your checkbooks!

As she finished, my friend on the right said, “Wow that’s fantastic, I’m going to write her a big check!” The friend on my left said, “I agree, but I’m not going write a check quite as big as yours.” Seemingly at the same time, they both looked at me and asked, “What are you going to do?”

Unfortunately, at that time in my career, there wasn’t a much discretionary income. But that didn’t mean I couldn’t something. I went up to Cynthia after the talk, introduced myself, and made the commitment to her that I would help in some way. At the time, I had no idea what that meant, or what that would be put into action.

That interaction, became the genesis for my first book (and now this media platform), “Talking with Giants!” I realize that while at that moment I might be cash poor, I was talent and relationship rich. I had been blessed to that point to meet, share the stage and know many Giants. These were individuals that had truly become the best of the best in their areas of expertise. And there’s one thing that you’ll learn about anybody that has achieved a fair degree of success in their life, they all want to give back!

The realization came to me that I could interview these various Giants, provide value to my audience through the knowledge the Giants shared throughout their interviews, drive support for both the Giants and their worthy causes at the same time. A true win-win-win! By doing so we could create a book, “Talking with Giants” (that supports 21 charities) and that one of those charities could be Habitat for Humanity and Cynthia Kersey.

I learned that when something hits your heart…listen to it and act of it.  It might not have been in the way that was originally requested…God’s plan and timing are perfect…and whatever impression HE has put into your heart, put into action.

These days, Cynthia’s Unstoppable Foundation continues to grow and do even bigger and brighter projects in the world.  Cynthia taught me that when you see the vision, you are already on the path to its’ success.  The first part is to see it…converting that vision to action is magical!  Thank you my dear friend Cynthia Kersey…you are awesomeness!